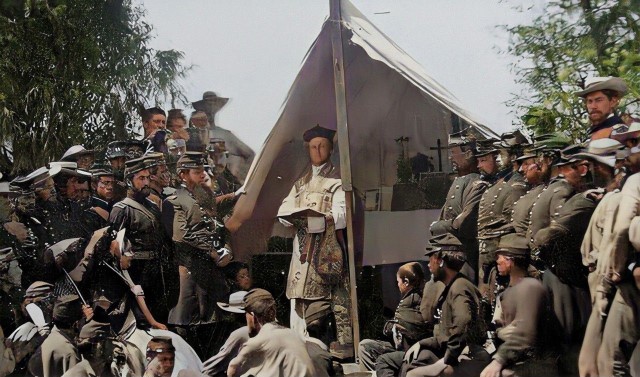 Alfred Straton was one of the victims of the American Civil War. He lived forever with both of his arms amputated because of the ugly war. The Civil War was a tragic one, full of sadness, and a lot of people were victims who didn’t even know how to start over again.

360,222 soldiers died on the Union Side from their attacks against Confederates. After a year people were collecting soldiers’ bones to rebury them to finally pay their respect.

Woman’s role was also the most important in the American Civil War. They were able to save a lot of soldiers from dying. They were the ones giving medical care and offering comfort to soldiers. Women were dominant in the nursing field by the end of the Civil War.

At the beginning of the Battle of Potomac, McClellan was an exemplary commander that led the Union forces to some major victories, it was when he assumed the position of General-in-chief. However, later on, he was removed from his position when he miserably failed in a major battle.

After the Battle of Chancellorsville, many soldiers’ life changed, even though they survived the war, their lives changed as they became blind and got amputated like William R. Mudge. The war brought them physical and mental exhaustion. Some of them were seen marching through battlegrounds.