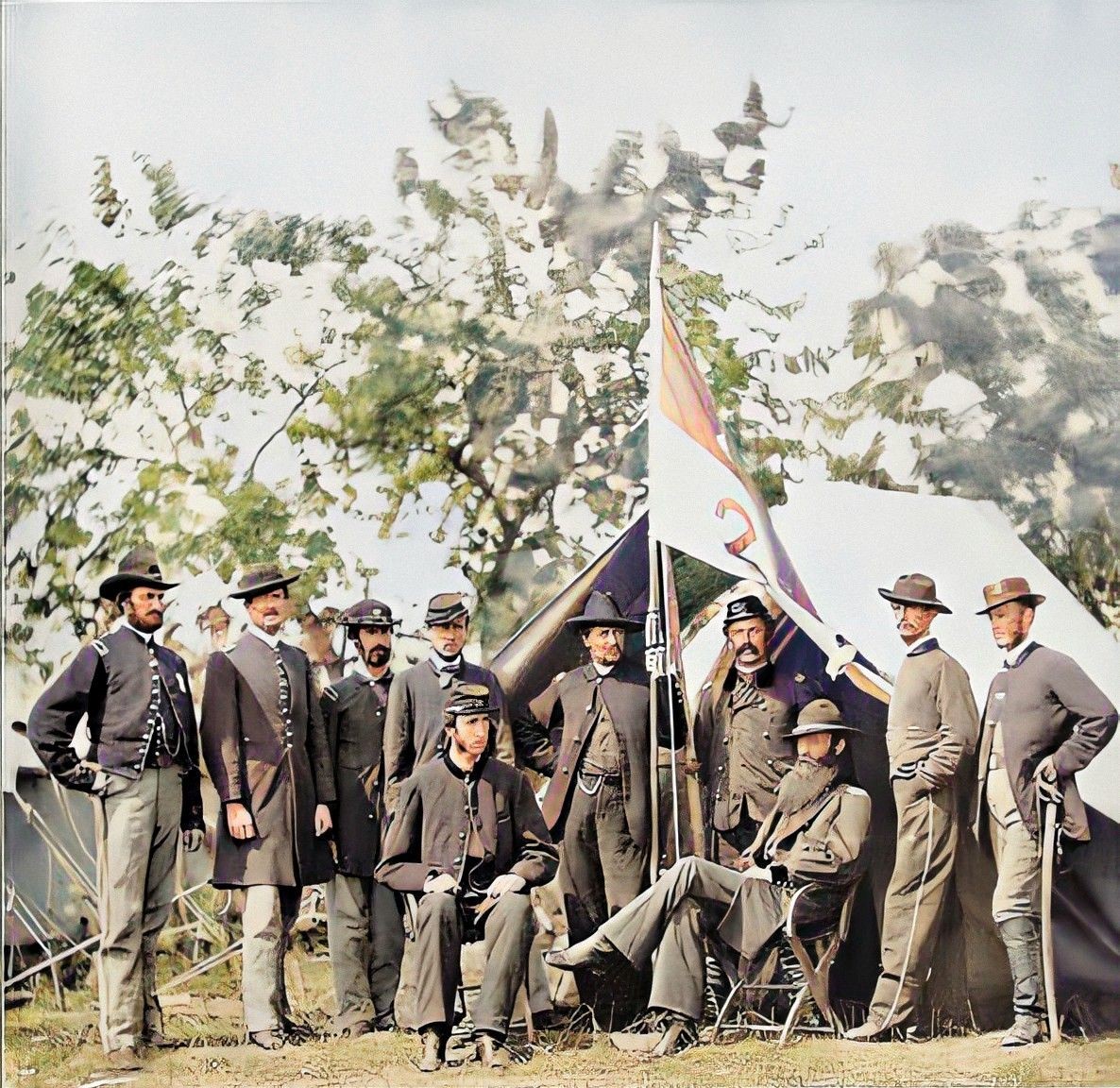 There is no doubt the American Civil War was the deadliest battle in American history, with a total of 620,000 deaths, The emotions of triumph, longing, and camaraderie would be invoked. Let these photos bring us on a sentimental trip down memory lane. It is brought to life by colorized images. Among these photos is conjured heart-wrenching story that should remind us that a war like that everyone hopes not to happen ever again.

Father and Daughter During the American Civil War

Nothing was inevitable during the American Civil War. Everyone got to cherish every opportunity that they have. Soldiers and their families never have a good guess about their lives the next day. The photo here shows an unnamed Union Soldier, holding his daughter. This could be his most revere photo with his daughter, maybe he thought that they both deserve to capture the moment in photos in case he never makes it back home.

Casualties arise too fast during the Civil War. Given the fact that the Weapons used were lethal, deaths are rampant every day. This photo shows a Doctor making sure that the dead would get a decent burial.

The “Lottery of Death” famously called by the soldiers is the controversial method of conscription used back in the American Civil War. Once you got picked, it would be compulsory that you would be sent to fight the war.

The South and North had many issues long before over Cultural values and political and economical interests. After Lincoln was elected. During the American Civil War, the issue of slavery erupted. Despite this, soldiers have a common goal, to set true freedom for everyone. More than the battlefields it is always nice to be a brother in arms.

The South and North had many issues long before over Cultural values and political and economical interests. After Abraham Lincoln was elected. During the Civil War, the issue of slavery erupted. Despite this, soldiers have a common goal, to set true freedom for everyone. More than the battlefields it is always nice to be a brother in arms.

Found by Union Soldiers in an empty Confederate Camp was General Lee’s Battle Plan. Another story was Mclellan who had the advantage of arriving at the Confederate Camp and capturing the enemies because he acts too slow.

As the saying goes, dogs are man’s best friend. As shown in the photo, the Officers of the 153rd New York Infantry show off their favorite dogs. Who would not want a little time out of despair, right?

A Cigar for Each

After so many obstacles, finally, General Lee surrendered for the sake of avoiding further destruction of the South. The photo shows a soldier’s triumphant moment while enjoying a cigar. Their smile says that finally, the war is over.

This heartbreaking photo shows a daughter in her mourning dress and holding his father’s framed photo to her chest. Her father is among the 620,000 soldiers who were killed from either side, Union or Federate. It doesn’t matter which side it was. It would never bring back their life to go home to their families and hug them tight once more. Nobody wants a war like this anymore, do you?