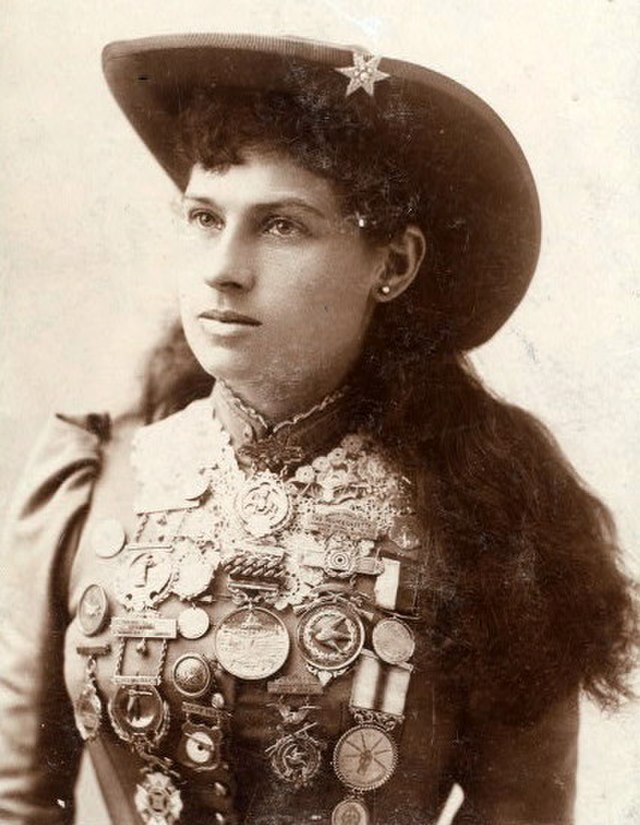 Back in the Old West, handling rifles and shotguns was never a woman’s job. However, Annie Oakley, a petite white girl was so good with holding shotguns and riffles. Her talent will take her somewhere.

At the age of six, her father’s death put them in debt, and they lost their only farm. Because her mother had a hard time making both ends meet, she sent Annie to another family to ease the burden. Being a servant to a different family was menacing. She was not treated well, There, she called them ‘the wolves.’ As she slept with an empty stomach, was locked in the closet, or even worked to death. One winter night, she fell asleep in weariness. Mrs. Wolves found it out but she just let her freeze outside the house barefooted. She pleads again and again, but nobody listens.

She couldn’t take it anymore, so Annie Oakley went home and never spoke about their names again, Her mother still could not make it, so she worked alone. A young lady at 15 has no idea what job she can do to help her support her family. She became famous in their town, but little did she know that it was just the start of something even bigger for her that would change her life.

One day a very famous man came by the name was Buffalo Bill, Annie Oakley looks up to him when it comes to handling guns. Buffalo Bill has been looking for performers, someone who has a talent for shooting. Annie auditioned and finally, Annie’s sharp eyes, coordinated balance, and impressive personality were spotlighted.

Nobody expects that a girl with a child-like dress was an expert on rifles and shotguns. That is the reason she awes the audience. She can hit six marble glasses at once at great speed, using one hand or facing away from the target while the gun was on her shoulder. Soon after, she became famous even in newspapers. Since then, Annie Oakley’s name could be seen at the top, and was famously known as the “Riffle Queen.”