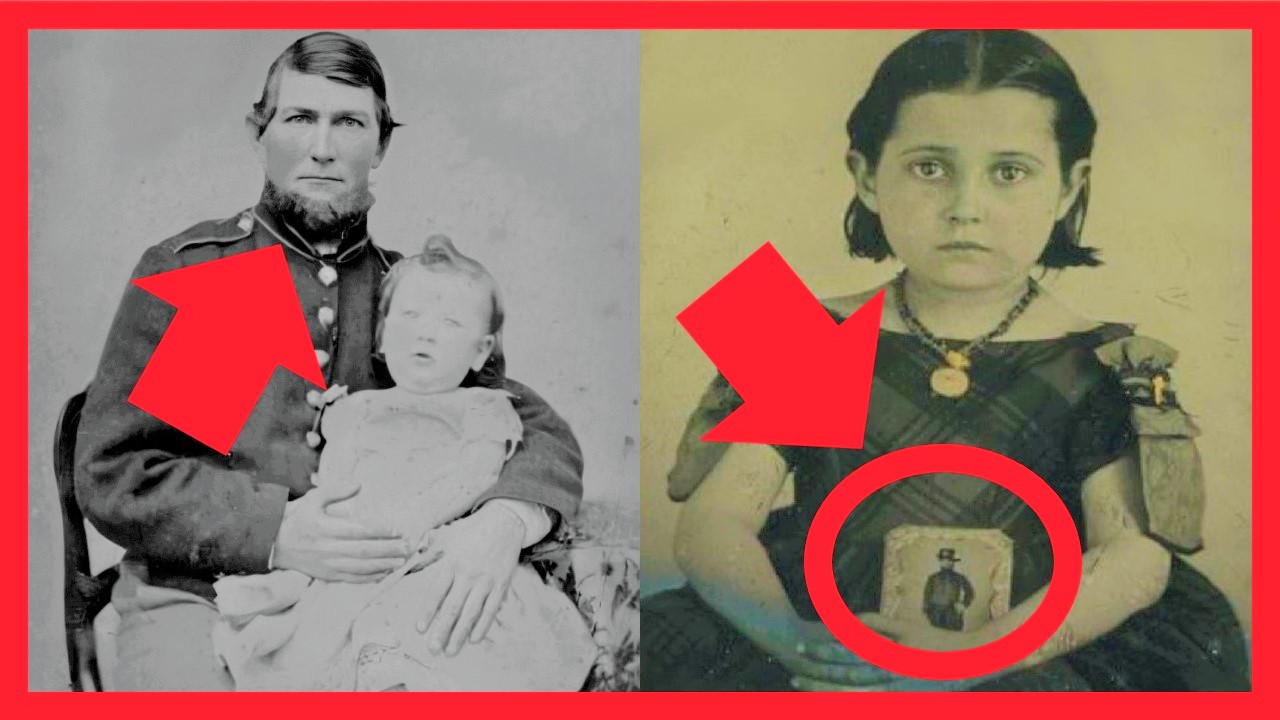 So, beyond a shadow of a doubt, the Civil War was the deadliest battle in American history, totaling 620,000 deaths, and wiping out an entire generation of men. The emotions of triumph, longing, and camaraderie would be invoked. As we go on a sentimental trip down memory lane thru these Civil War photos brought to life and colorized.

But among these photos, one conjured a heart-wrenching story that should remind us that a war like this should never ever happen again. You’ll discover that photo at the end of this article, and without further ado, let’s begin.

Last photo with his Daughter

With war so deadly, right after their enlistment, soldiers would never know if they would still have the chance to take a photo like this. It showed an unnamed Union soldier who, perhaps, thought his most cherished and beloved daughter had at least to have this moment captured in a photo, as his father might never return again.

Civil War was fought with outdated tactics disproportionate to the increased lethality of weapons used on the battlefield. The casualties rose rampantly, and this photo showed a Doctor at work to make sure that the dead would get a proper burial

This draft officer was showing one of the controversial methods of conscription. Many called it the “Lottery of Death,” if you get picked, then you would be compulsory enlisted to fight the war.

Business in the Middle of War

The war didn’t only cause the lives of soldiers but also displaced the livelihood of many, such as this restaurant owner who suffered during that economic turmoil.

The South and the North had been long clashing over cultural values, then economic and political interests, until Lincoln was elected, so the issue of slavery finally ignited the Civil War. Despite all the hindrances, these soldiers’ hope for true freedom remained, and with strong camaraderie, even beyond the battlefields, they would always be brother in arms.

Did you know that the Union had found a copy of Confederate General Lee’s Battle Plan? However, Mclellan wasted that advantage as he was slow to act. So, when they arrived at the Confederate camp nearby, it was already abandoned.

The Union had suffered more casualties than the Confederacy. However, it doesn’t mean that they despaired. They find ways to cheer themselves, like in this photo of the Officers of the 153rd  New York Infantry showing off their battle readiness and their favorite dog.

A Cigar for Each

So, after the long hurdle, General Lee finally surrendered for the sake of avoiding further devastation to the South, pushing the Civil War to its end with the Union’s victory. These soldiers’ courage deserves triumph, so how about enjoying a cigar for each?

A longing daughter in a mourning dress holds dearly to a framed photo of a valiant cavalryman, who perhaps would never return after the Civil War. Her father was just one of the 620,000 soldiers killed from both sides, Union and Confederate, who all left their homes, leaving their families behind.

But regardless of which side came out victorious, the dead would never wake up again from the battlefield. And would never be able to embrace their daughter, friends, and family once more. Thus, a war like this should never ever happen again.