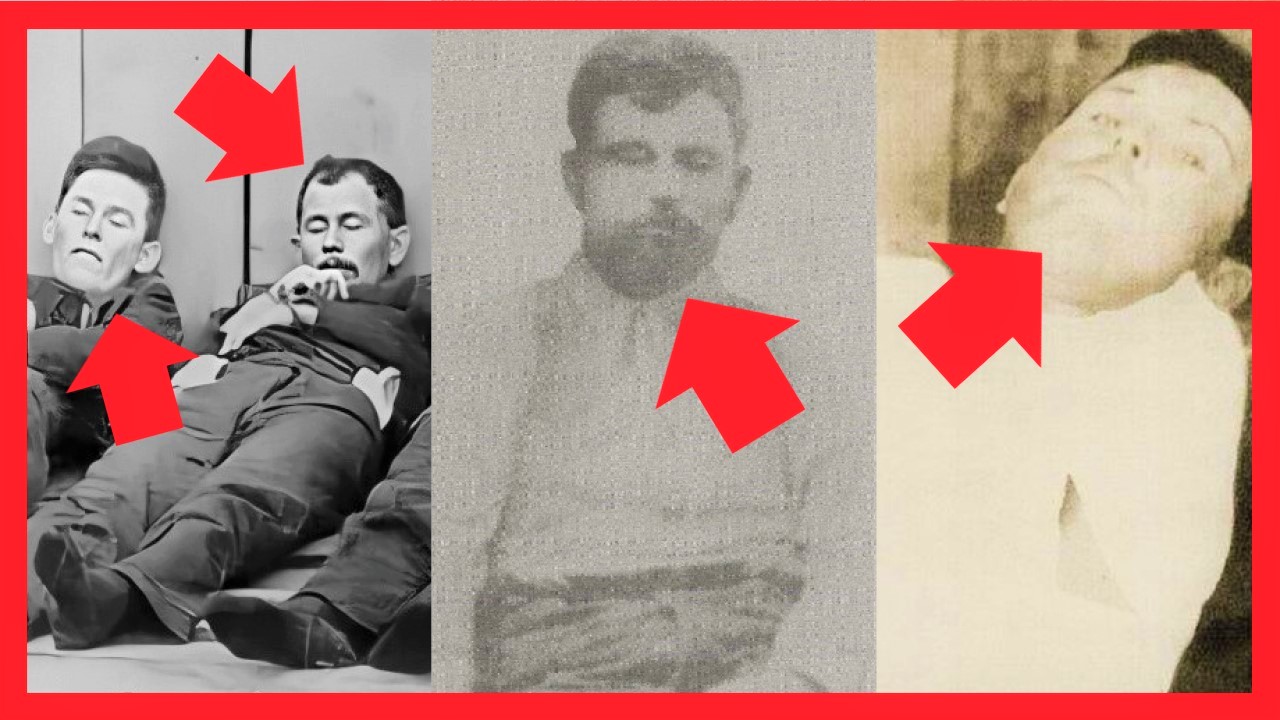 Alila, Whorton, Lelietta, Red Rock, and Adair train robbery, then eventually, the ill-fated failed Coffeyville bank robbery, would generally be the start and the end of the infamous Dalton Gang. And this photo showed the tragic demise of their four members. But, if you look closely, there’s something that was quite strange in this photo, and we’ll be talking more about that at the end of this article. So before all that, here’s our first photo.

Robert Renick Dalton, much known as Bob Dalton, along with his brother Grat became a deputy marshall. All since the sudden twist of fate, when their role model and older brother, Frank, was killed in duty. But after their unpleasant experience on the side of the law, they all turned outlaws. And this photo of Bob was taken two years before he was killed in Coffeyville. That’s why it was quite tragic that the woman beside him was supposedly Eugenia Moore, who was Bob’s lover, but she died even before Bob was killed, and this grief might have further pushed the poor outlaw to live a reckless life.

James Lewis Dalton was a Saloon Keeper who later married Adeline Lee Younger, and they were blessed to have twelve daughters and sons. Obviously, they were rather well off as they had all of their children raised up to teens. This photo showed the father, who later brought his sons along with him on his gambling journey in California. The young Bob and Emmett, before they were outlaws, were also innocent kids. And it might not be far to think that their father, who even resorted to selling their house, was accountable for how the Dalton brothers chose to drift away from a peaceful life.

Mason Frakes Dalton, or Bill Dalton, was along with their most cherished brother Frank. So, since their father died early, as one of the elder siblings, he became a father figure to the rest of his brothers. And many believed that as a quite distinguished Deputy Marshall, then if Frank didn’t die early, then his brothers might never have to die in Coffeyville. And here’s a fun fact, they were actually cousins with the Younger Brothers.

The Last of Dalton Gang

It was surprising that despite taking 23 gunshot wounds, Emmett Dalton survived, but his two brothers did not. They were dead, and the Coffeyville failed robbery would always be his regret. But he would carry on with his life, and after being paroled, Emmett would honor his brothers with this book,” Beyond the Law.” Emmett recounted their adventures, as he always wished to have lived with them a bit longer

The Demised of the Dalton Gang

So, they tried robbing two banks at the same time but never noticed that the townspeople had already noticed them, then prepared an ambush. Eventually, the four members were killed, and the Dalton Gang was no more. This photo clearly was the proof of the end of the infamous gang. But if you look closely, there’s something strange. Yes, they had their “hands tied.” Which was a bit contemptuous since there’s no way they would be able to escape, right? However, it’s most likely that to take a better photo, lawmen had their hands tied to keep them from having weird postures.