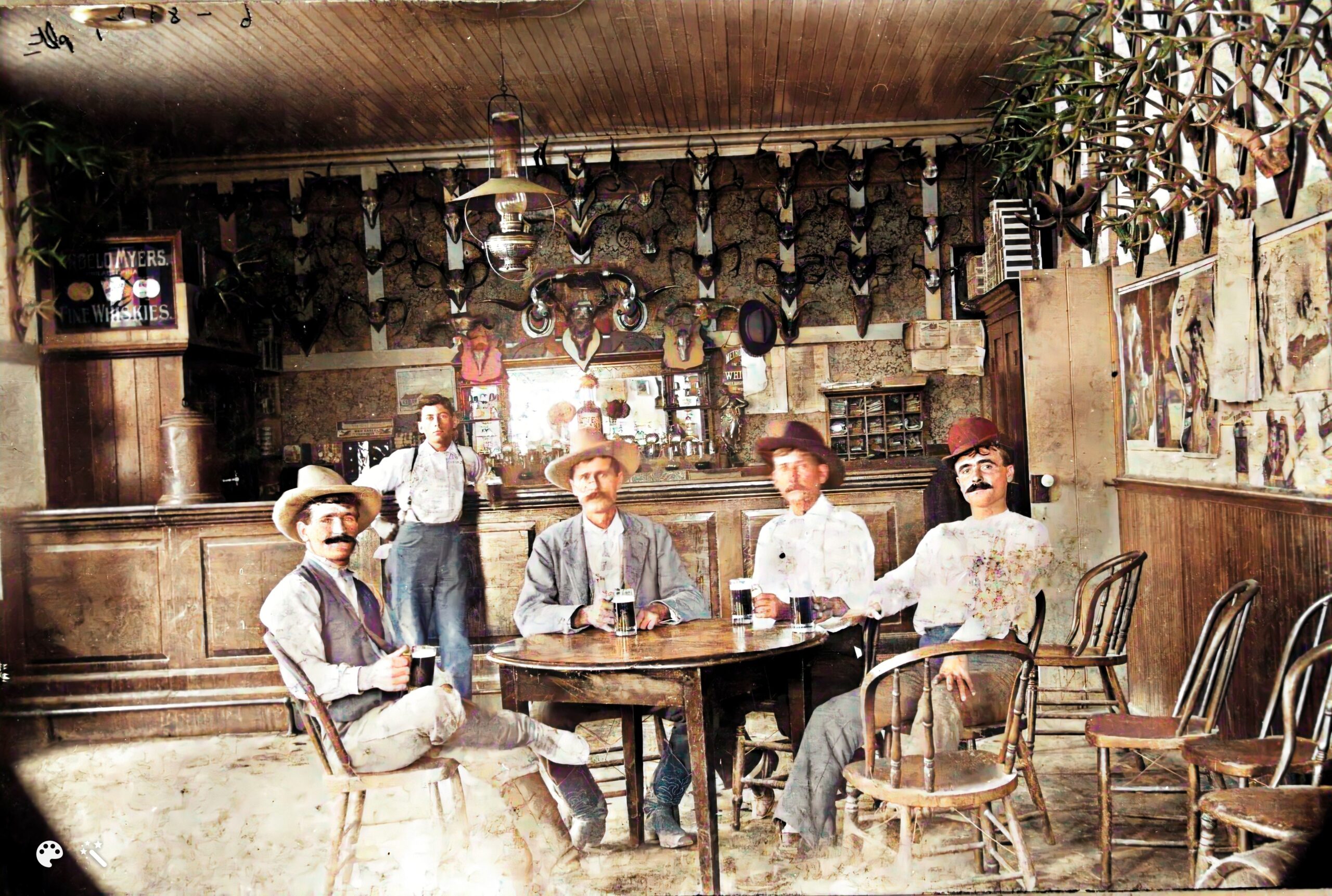 These Wild West Photos colorized tell a lot of stories from the Old West, most people make money more than what a cowboy was paid for in a month. For example, being a faro dealer. With just one lucky draw, someone who is broke could make a fortune. These colorized photos here will give life to what gambling in the Old West was even before we know it.

In Deadwood, Tombstone, Arizona, and Dodge City, gamblers often gather around and play card games like poker, Three Card Monte, Chuck-A-Luck, and the most sought after, Faro. With their backs on the walls and guns ready in their holsters. This photo shows cowboys playing Faro in a saloon at Tombstone, Arizona. It looked like the card deals were exciting, and everyone had anticipation about the game.

Life way back in the Old West was hardly livable. So many diseases, lawlessness, and starvation made life too hard for everyone. But gambling became another means of income for most of the frontiers and made their lives a little more fun. This wild west photo colorized Three Card Monte was perhaps having a great time after a day of work. It is also surprising how gambling can put together Frontierman, Vaqueros, and Native altogether in one table.

Did you know that most saloons started as dirt-floored ragged tents?
Yes, this picture shows an early saloon with whiskey barrels, of course, gambling is present here too. A simple wooden table and chairs not too fancy were all they needed to start a game. Men of all ages were welcome, it doesn’t matter what they wore, everyone just wished to be the next winner on a roulette.

Gamblers still found a way to enjoy their hobby even during the American Civil War. Doctors and some attendants who were on breaks in their quarters spent a little time playing poker after a long day of treating wounded soldiers on routine.

In a riverboat gambling, a group of men was playing poker. One of them was unlucky, unfortunately, stumbled with sharpers. All his money was lost, and because of his frustration, he jumped into the river. An observer stopped him and joined the game. In the middle of a high-stakes hand, one stranger pulled out his knife and twisted the sharper’s wrist because he caught it cheating. The stranger took the pot, gave the traveler his lost money and he kept the rest for himself. The man asked the stranger,” Who the devil are you anyway?” The stranger replied, “I’m James Bowie.”