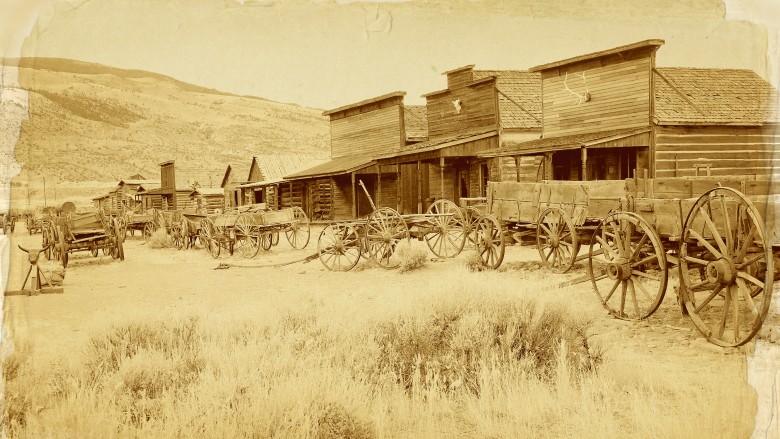 Old West Facts That Made the Old West Wilder!

There were many Old West facts that you should know before anything else, but here is the first.

Being one of the outlaws in the Old West is never appealing. Jesse James has been robbing banks and trains almost all his life. But bad things have endings. When he grew older, he outgrew his bad deeds as well, leaving him happy for his remaining life. Like his friends, his enemies did not forget about him.  Jesse James was murdered. His family buried him on his farm, so his enemies will not have a chance to steal his corpse and do something hideous. Years later his family decided to transfer his remains to a decent place at Kearney Cemetery. But hey, did you know this Old West Fact that there was another Jesse James buried at Granbury, Texas?

In 1948, a man named J. Frank Dalton claimed that he was Jesse James. Until such time he died and was buried together with the name of Jesse James. Why would he do this? Nobody really knows. Decades later, the confusion as to who was the real Jesse James was answered by confirmation of a DNA test. The test shows the one buried in Mt. Olivet Cemetery.

Geronimo’s visitor in his dreams

Geronimo was the leader of the Apache, but a funny thing is that, though he was a leader, he doesn’t know how to use a rifle. He has a different approach to attacking enemies. He calls this the “daring method”.

Geronimo’s wife and children were massacred by Mexican soldiers and he swore to their graves that he will revenge. One day he heard mountain spirits telling him that he will never die in a battle or by a gun, additionally, they told him that the spirits will be guiding his arrows. In a fight with the Mexican Soldiers, he did not order his troop to rain arrows on the enemies. He ran toward the Mexicans in a zigzag motion so he won’t get fired. When he gets close to the soldiers he stabs them with his knife and took their riffles before running back to his troop.

The Most Expensive Door Stopper in California

In 1799, young Conrad Reed found a big yellow rock on his father’s land in Cabarrus County, North Carolina. He has no idea what to do with the rock so the family used it as a door stopper. A visiting jeweler noticed this big yellow rock is a 17-pound gold nugget! For many years that gold nugget is not serving its purpose. Soon after, Congress decided to build the Charlotte Mint at “Reed Gold Mine“.

The Earp brothers and the Clanton- McLaury gang have been having tension way before the gunfight happened in October 1881. Wyatt Earp is a lawman. The Clanton-McLaury gang were outlaws and making a living by supplying cattle meats. When there Earp brothers found some lost cattle on the McClaury’s ranch, they were accused back by that Earp was not doing his job being a lawman but he is doing it for his own purpose. The two groups had a gunfight that lasted for 30 seconds in a vacant lot behind the O.K. Corral at the end of Fermont Street. Billy Clanton and McLaury brothers were killed.

Acoma Pueblo is STILL the oldest settlement in The United States.

For a long time, everyone thought that no one is living at Acoma Pueblo in Albuquerque, New Mexico. Many people think that it has been abandoned for a long time. However, it’s very surprising that the place has been occupied by a population of 4,800. The locals whose living relied on trading and hunting were now working on Casinos and Cultural Complexes in Acoma Pueblo.

Blinded by the knowledge that a train was carrying thousands of dollars, Elmer McCurdy robbed a train in 1911. McCurdy went off with $46. He was shot by a lawman after he went off the train causing his death. He was embalmed with arsenic preparation. After some time no one claims his body. His corpse was sold to different owners of museums and haunted houses to be used as an attraction. His last show was at an amusement park in Long Beach, California to be used as a prop for a filming of a television show “The Six Million Dollar Man”. When his finger or arm broke off, his human flesh was exposed. This made a way to finally know his identity. Testing confirmed that the prop was McCurdy. Finally, he was brought to his eternal resting place at Boot Hill Cemetery in Dodge City, Kansas.

These stories sure made Wild West astonishing in many ways, we sometimes see it in movies, but they are 100% real.