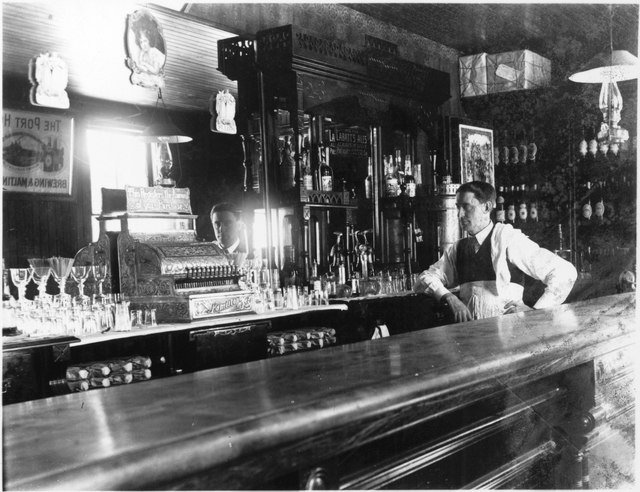 Saloons started serving liquors When the Pioneer Inn and Tavern Law passed, since then frontier people comes to saloons more often than usual. A lot of stories have been passed from many people that originate from this kind of place. Later in this blog, we will know the story behind the appealing name “Bucket of Blood Saloon”

It is not common to have more saloons than churches and hospitals in most towns of the Old West. This makes the Old West unique from any other place in America. Everyone has to do their best to stand out from the rest. Just like the Table Bluff Sallon placed an effort and used hunted wild beasts for their furniture.

Saloons were open almost 24/7. They would willingly serve their customers any time of any day. Alcohol is served for a cheap price. Beer only costs a nickel. If you go for a couple of hard shots it only costs a quarter. Some business owners would fool their patrons and mix whiskeys with ammonia, cayenne, or gunpowder.

More towns have been established over some time. This is good news for business owners because it is a good chance for them too. Saloons were getting more popular each day. The hype was like a pressure for owners to diversify and add something new to their establishment. Some started to add gambling, dance halls, and inns. Most patrons would look for beautiful saloon women. So most owners opt to find beautiful women and hire them to get dressed in thin clothes and made them dance for entertainment. Some women prefer double and fast earning, and they preferred to be prostitutes.

Violence is very common inside saloons. Just like what we always see in movies. After all, the Wild West would not be called what it is without the usual fighting. In addition to the lawlessness of the Old West were alcohol and gambling, adding all these factors would not miss any fighting incident inside a saloon, and whenever this happens, it’s a total disaster. Because of this, everyone honed themselves with pistols and honed their shooting skill

Soapy Smith is a con artist who prized soap scams and earned a fortune. He builds quite a big network of outlaws under his lead. He and his gang members would flood saloons to have fun but most of the time it ends in trouble. However, after robbing someone worth $80,000 worth of gold, he was killed in a shootout after the robbing incident.

The name of the saloon came from a gruesome story about a smuggler who was killed and thrown in a well, making the water fetch from it a bucket of blood. Though it was folklore, many saloons claim that they were the real Bucket of Blood Saloon. In 1886, a deadly shootout started over a poker game that drenched the saloons with buckets of blood. Since then, that saloon was called Bucket of Blood Saloon.