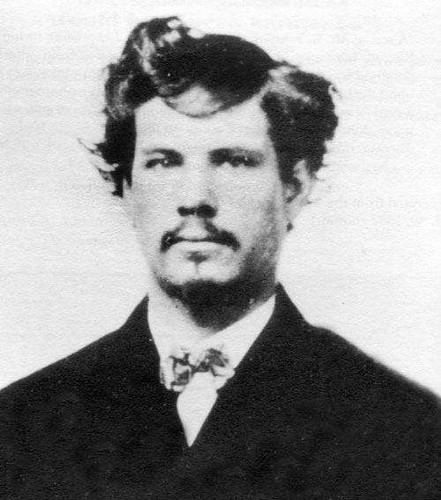 Locals of West Turkey Creek heard a gunshot and later on found a lifeless body under an oak tree and identified it as Johnny Ringo. But why did the investigators say that it was suicide? Contrary to that, Wyat Earp claimed that someone killed Johnny Ringo. Today we will discover if it was Doc Holiday who murdered him.

When he died, Johnny Ringo was found with a single gunshot on his temple and exited at the back of his head. He is not wearing a shoe but wrapped with cloth straps. He also had a knife wound at the base of his scalp. It made everyone think that he was in the process of getting scalped.

An eyewitness said that on the same day he died, Ringo was seen drunk and depressed. Ringo noticed that he is alone because most of his friends were killed. He decided to go back to his family but, they rejected and disowned him because he is an outlaw. This made him even sad. It was speculated that because of this, Ringo took his own life.

For many years, the thought of Ringo’s alleged suicide became a debate. Is it suicide or did someone kill him? Three persons were suspected of his death, Wyatt Earp, Doc Holliday, and Buckskin Frank Leslie.

Wyatt Earp’s claims are substantial, there were no other witnesses and evidence to support his claims. Doc Holiday, although he is a skilled knife-wielder he’s was 550 miles away from Ringo the day he was found dead.

Billy Clairborne was fatally shot by Leslie after a fight. But before he took his last breath, Clairborne said “Frank Leslie killed Johnny Ringo.” These words were heard by Bill Sanders and testified that earlier that day when Ringo was found dead, He saw Leslie and Clairborne and they asked him if he has seen Ringo. Leslie seems to be a violent and ill-tempered person who killed his lover when he got drunk.

Leslie got jailed, and he boasts to a guard about what he did to Johnny Ringo in Turkey Creek, he finally admits that he killed Ringo.

You have finally discovered the truth about Johnny Ringo’s death.