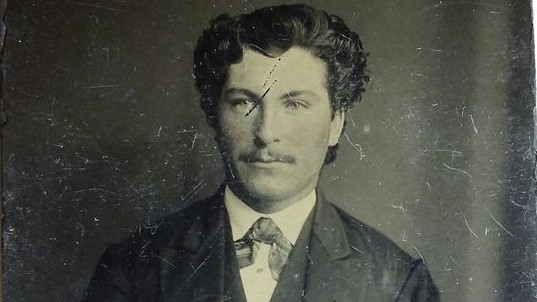 Johnny Ringo was a legend of the Old Wild West. He was known as a gunslinger but the shocking truth is, he never really got into a fight. Johnny Ringo’s Death was unsolved. He was connected to countless murders and some might not have been recorded. Though his reputation was as a bad gunslinger, he was looked up to by some women.

Johnny Ringo was a charming guy for the women in the Old West. Although you will always find that he is drunk because of his bad drinking habits. This does not go well when he has a pistol in his hands because he never misses a target.

One day he overheard a random man shouting at a lady she didn’t know. He walked by closer to them, and without any warning, he shoot the man and he walked away as if nothing ever happened. For some, it was a heroic deed, however it is not the proper way of putting justice. But if you live in the Old Wild West era, crime and justice have a very thin line.

There were many sides stories behind his death. A gunslinger so famous like him has no record of death. The first story of his death says that Johnny Ringo committed suicide. In this story, some witnesses said that they have been observing that Johnny Ringo has been drinking more than usual. It was said that he got depressed when his friends died in the O.K. Corral shootout. In addition to this, when he decided to come home to his family, they rejected him because he is an outlaw.

One story says that he was seen drunk and speculated that he accidentally fired himself. The shot was at his head and many believe he pointed his gun at his head.

Another speculation was that Johnny Ringo was shot by a fellow he was with when he was drinking. Ringo never likes to be rejected. On one occasion, he offered a man he just met a drink, and when he refused the offer, Ringo shot him. It was very usual for Johnny to have too many friends to be with him when he is out for a drinking session.

Ringo, have a lot of enemies who survived his gun could come back to make him pay. One of the suspects was Wesley Hardin who was a constant drinking buddy of Ringo. This still does not prove that he was Johnny Ringo’s killer.

Another name linked to Johnny Ringo’s death was known as Johnny-Behind-the-Deuce. He was a young man famous for his gambling skills. Stories went around saying that he has disputes in one of their gambling sessions. It even came to a point that he was wanted.

Famous lawman of the Old West Wyatt Earp was one of the suspects too. It was known to many people that the two had been bad enemies. Because of this, he surely has the motive to kill Ringo. However many people do not believe this because Earp has been living in Colorado when Ringo was found dead in Turkey Creek.

These several theories still do not make a piece solid evidence. Johnny Ringo’s death was never confirmed and his death was one of the Old West’s mysteries. His death remains an interesting topic for many historians in the present time.