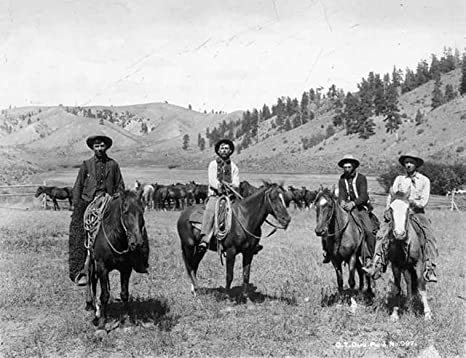 American Wild West was made famous by the outlaws that dominate the American Frontier from the 1860s to 1890s. It was a period in time when cowboys, Indians, outlaws, gunslingers, and pioneers were brought in all together with different purposes and goals. After the American Civil War.

Why was it even called “Wild West?” The area from the Mississippi River to the Pacific Ocean was considered the Wild West. It got its name because there were no proper police stations, grocery stores, theaters, courtrooms, fire departments, and hospitals. Everyone is on their own when it comes to their safety and their way to stay alive.

Law In The American Wild West

Law was too difficult to uphold during the American Wild West Times. Many people have no opportunity for jobs. After most of them lost families, and homes after the American Civil War, they headed to the West in the hope to find a new life and a new place to settle.

American Wild West, shows more violence compared to the Eastern part of the states. Places, where there were gold and other valuable minerals, have a higher rate of crimes like murder and physical assault. This is because people fight over the treasures that can be found in the area.

Battles between the Indians and the White people were very common, as the pioneers pushed their way to the Western, the natives have pushed away. The Indians had to give up the land they used to live and hunt on. The government however gave them their proper pieces of land which were called settlements.

The government was not centralized which made the American Frontier a more rowdy and dangerous place to live in. Most of them got nothing but skills for gun handling. Some were able to start their own business, some found an opportunity to haunt some gold, but many became outlaws and gunslingers.

Some outlaws were not bad people from the start. They were forced to do what was wrong, like robbing trains, stagecoaches, stores, and banks, because they cannot make both ends meet. They need to put food on the table for their families. They are willing to die but they will not allow getting caught.

Since the old wild west lacked police stations, there were very few lawmen. Just like the outlaws, the lawmen are very willing to risk their lives to enforce very little law. Various types of lawmen are available in the Old Wild West. The one who was appointed by the Attorney General is called a U.S. Marshal, a sheriff elected by the county residents. The City Council also appoints a Marshal, and there was a constable, ranger, deputy, and peace officer. They were hired by authority. Not unlike in the present times, lawmen had very little pay or sometimes they receive no pay. They get money when they arrest a wanted outlaw when they got fined. Sometimes they get a collection of the bounties. That is one reason why most lawmen keep on pushing to find these outlaws.

The Old Wild West’s unforgettable year between the lawman and the outlaws was 1881 when finally, Billy the Kid was killed by Sherrif Pat Garrett. He was charged with more than 21 murders. Lawmen were searching for him for 6 months. The same year, O.K Corral in Tombstone, Arizona gunshot incident happened, where Deputy Marshall Wyatt Earp and his brothers killed the Clantons.

The following year Jesse James, one of the most notorious outlaws was shot by Robert Ford, a newly recruited member of his gang. Robert Ford had an agreement with the governor that he will put Jesse James down in exchange for the $5000 bounty on his head. That year Jesse James’ outlaw gang ended their career. They had been terrorizing the Wild West for more than 10 years.

What is Wild West in USA?

The area from the Mississippi River to the Pacific Ocean was considered the Wild West. It got its name because there were no proper police stations, grocery stores, theaters, courtrooms, fire departments, and hospitals.

When was the Wild West in America?

American Wild West was made famous by the outlaws that dominate the American Frontier from the 1860s to 1890s.

Why was America called Wild West?

he area from the Mississippi River to the Pacific Ocean was considered the Wild West. It got its name because there were no proper police stations, grocery stores, theaters, courtrooms, fire departments, and hospitals.