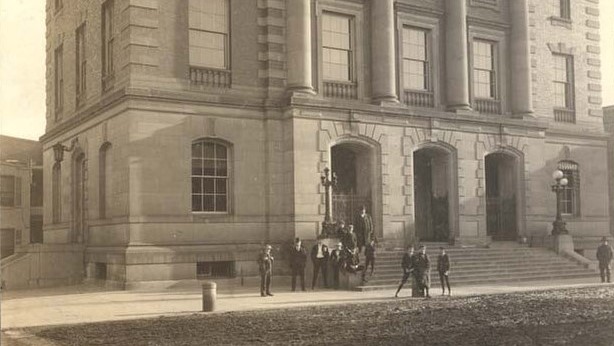 Back in the Old West, the ones punishing criminal acts were the Judicial Courts. Judicial Courts carry justice both to the convicted and the victim, especially since law enforcement was not too good. The arrest of Cherokee Bill was one example. The authorities have been hunting him down since he got involved in a murder incident. Eventually, he got arrested and served some time in prison. He escaped from prison, but when he was caught up, he was sentenced to death through public execution.

Aside from court implementation of law enforcement, the authority extends with the help of Marshals and Sheriffs, where peace and justice were the primary goals.

In one instance, John Shaw robbed a saloon. He refused to cooperate with a Sheriff and his Deputy who were tasked to arrest him. Unavoidable use of violence cannot be avoided. Instead, the lawman had no option but to put the law in their hands.

But even if one is not an appointed lawman, he can always choose to be on the side of the law to fight criminals, just like the express agents, and later on, they were in charge of Train security and Crime Control. One time Ben Kilpatrick and Ole Hobek, thankfully there was an express agent who was brave enough to fight them which caused their death.

It’s pretty hard to chase one outlaw, what if you are to deal with a bunch of them? In the Old West, there were very few lawmen, and if none of them are around, it was common that angry mobs, to do the law work. Most outlaws who were caught do not go to trial courts because anyone who has guns can shoot an outlaw to help the authorities, especially if there is a bounty on the outlaw’s head, a lot of people will hunt them in the hope to get a reward. The Dalton Gang, for example, suffered from the aggression of the citizen to enforce justice.

When the Dalton Gang attempted to rob a bank in Coffeyville in 1892 was a big failure. Heavily armored people were waiting for them outside. They were set in a trap where the angry mob, along with the lawmen who cornered them, and a big shootout. Emmett Dalton survived and became the living witness to retell the story.

Back in the Old West, everyone is allowed to help law enforcement even if it resulted in violence just for the sake of peace.