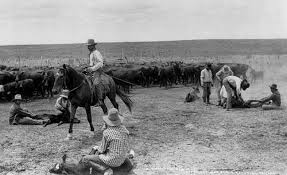 The years between 1865 to 1895 were considered the Old West, but best known as the “Wild West.” It was an era where cowboys, outlaws, wars, and mining became a big part of American History.

Americans started to settle in the Western part of America in the early 1800s. Most of them were traders and since they were the first who roamed the land, they made the original trails and they were the ones who first drew the maps of the lands. Later on, people from different places began migrating to the West in the hope to find a fresh start.

Beginning of the Old West

A Group of families was moving to the Old West in covered wagons, carrying with them only their important stuff. Moving to the West was not easy since they need to travel for five months or more. They have to face the harsh weather and many untoward incidents like Native Americans who attack them because they were protecting their land. Not like in our time today, we can from east to west in just a few hours safely and comfortably.

Pioneers had a hard time in the Old West. When the pioneers moved west, the American Indians had a worse situation when they had to fight over the land they were living for thousands of years. They were treated poorly by the government when they promised the tribes that they can keep a bigger portion of the land they own. But the government broke their promise and took over an acre of lands that American Indians own until what was left for them are reservations.

Not until 1865, marked the start of the Old West Era. The outlaws, gunslingers, lawmen, businessmen, and pioneers keep pushing to the edge of America. The Louisiana purchase allowed the expansion of the Wild West era. After the Civil War, “the wild west” was born. It was called wild, because of the lawlessness of the west. The crime rate was high during the Wild West.

The territories in the Wild West were not established during those years. and because of this, there were very limited jobs for everybody. especially after the civil war. Luckily, when most people came back to their ranches, they found that their cattle has reproduced so much. Most rich ranchers need to hire more cowboys to take care of the herd and drive them to the market to sell them.

People cannot make ends meet still, there were numerous outlaws robbing stagecoaches, trains, shops, and banks. They take the money and they kill anyone who gets in their way. These infamous outlaws bring terror to the west.

What Ended The Old West?

What ended the Wild West? There were two reasons. From 1886 to 1887, a lot of cattle died when the temperature reached below zero in many parts of the West. Cowboys started to lose their jobs and only some were able to apply to private ranchers. Finally, a small invention the American Natives called “the devil’s rope” ended the era. The businessman invented a barbed wire invented to privatize most lands in the West after the “Homestead Act” The barbed wire sold 31miles just enough, it can wrap the equator ten times! The cowboys used to work on a free range because it easily moves their herd from one plain to another and the cattle can move freely and eat crops from every land they stop over. Thus, the cowboys became history.