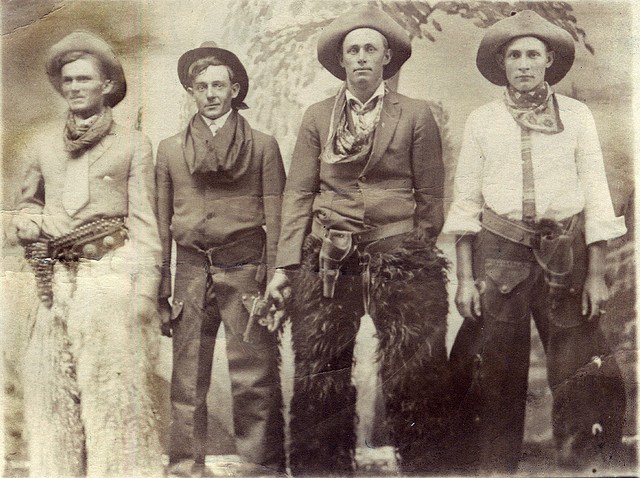 The rising of the American West Cowboys started when ranchers in Texas went to fight for the Confederate cause during the American Civil War. They found out that their cattle had multiplied excessively and was estimated to be more or less 5 million cattle in Texas.

The demand for beef was increasing in the North at that time. Luckily, there was a use for the cattle. And so the demand for hiring cowboys went up so they can help in maintaining the herds and bring cattle to the north.

The West became more accessible because of the built railroads in the 19th century. Areas for settlement, economic development, and agriculture widened as well. Further, as more railroads were built throughout the mid-19th century, the west became more accessible and there were increased areas for settlement, agriculture, and economic development in the United States. different people of many races like African Americans, Chinese and White settlers, traveled to ranch and farm mines in the new states.

The ranchers left to fight in the war, leaving enslaved people to take care of their land and herds. During this time, they learned skills that would help them as they transitioned to ranching as paid work after liberation.
To estimate, there are 1 out of 4 cowboys that are black than white cowboys.

Black cowboys still faced discrimination and racism in every town they passed through on cattle drive, they were gaining more respect and appreciation among their fellow cowboys. Both the Mexican and Native American cowboys made various groups of workers. They both made the Old West a popular culture.

Cowboy dress is very important for them to fight the harsh working condition. If you ever wonder why you see in pictures or movies, their boots were made pointed, so they can easily slip in and out of stirrups. Back in the day, life-threatening accidents like falling off a horse were very common.

The cowboy hat or famously called the “sombrero” is multifunctional for a cowboy. Its brim protects them from the harsh rays of the sun. The crown of the sombreros is usually high. Cowboys made use of them as cups for water. When folded, It can be as good as a pillow.

A cowboy’s work area was very dusty, especially when cattle kick up the ground. They use bandanas to protect them from dust. Chaps help them get protected from cacti, sharp bushes, and other plants when they drive cattle.

Every spring and fall, cowboys conduct a roundup. This was when cowboys brought in cattle from the open plains to freely roam around for the rest of the year. Another purpose was to count cattle from various ranches. The cowboys have a way to keep track of their belonging by branding. By the next round-up, the livestock will be returned to the plains again.

One of the most important tasks cowboys must do was move the herd to market, and we are talking about large quantities of herds. In the 1830s, cattle driving has been a steady job wherein most cattle drive would start from Texas and goes all the way as far as the markets in Missouri.

Thanks to Jesse Chrisholm. In 1865 he established the Chrisholm trail. It runs 600 miles from San Antonio, Texas to Abilene, Kansas. Though it was proven that the train was dangerous because there are rivers to cross. Native Americans who protect their land have tendencies to cause trouble along the way, at the end of the journey were high prices to be paid as a toll for the beef.

Landscape and technology continue to develop as more people settled west of the Mississippi River. Because of this, farmers started to use newly invented barbed wire fences. It made the cattle drive even more difficult since the plains were becoming privatized. Hence, the demand for cowboys decreased as well.