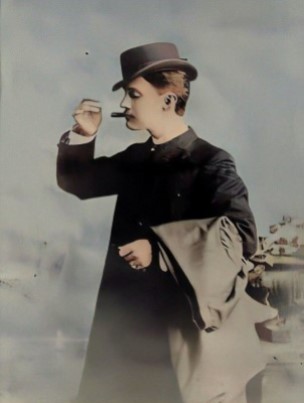 W.H. Billy Simms, which people call ‘Billy,’ was a typical gambler beau at the back alley of an Antonio. People knew how intelligent Simms was when it came to gambling cards, dice, or poker. His odds of winning were surprisingly outstanding. Being a gambler always means you’re just a step away from any trouble. Good for Simms, he decided to have his own circle, someone whom he could rely on and trust. Eventually, he met Jack Harris, a saloon owner.

Harris and Simms became friends when the two were both going to dance halls and gambling houses. But they didn’t know that Ben Thompson, a lawman had a grudge against the two of them. Because Harris received special treatment and Simms was becoming charming in the eyes of the women. Thomas’s jealousy led him to take advantage of Harris. Thomas killed Harris in a barroom when the lights got dimmed.

Thomas got away from justice when he said that he did the killing out of self-defense, and so he was acquitted. Everyone thought that Simms would just let this slide off his throat, but they were wrong.

He swore on his grave that he will get back to Thompson as soon as their paths crossed again. Thompson had the same thought, along with his seething grudge against the gambling house. He terrorized and even telegraphed himself how he planned to kill Simms.

Simms needed to handle Harris’ Saloon because he was his only partner, even though he might not live another day. Simms immediately went to authorities and reported the threats. The sheriff t did not listen because Thompson had not done anything yet, then there was no evidence that he was the one sending threats. With that, Simms’ complaint was dismissed.

Simms was not rattled and later on went to a judge who then advised him to bring a gun with him. Finally, he met with Harris’ old friend named Foster, the only one who vowed to him help, and even said that he would do the best he could when Thompson made his moves.

That night, Simms went to Vaudeville Theater greeted by a rumble of mixed languages and the pungent smell of tobacco. Despite the noise, he could only hear the sound of his pounding heart. He went straight to the top flight of stairs, where he was a vantage point of Thompson’s arrival with a friend named King Fisher. He stood up with his trembling knees when Thompson quickly fired at him first. And before he could think of anything, Foster arrived at the scene.

Thompson gave him a warm welcome, but Foster gave him a different attitude. He cited Harris’ death and how he opposed Thompson. Thompson gave nothing but a wicked grin, and without saying a word, he shot Foster directly to his mouth, sending him to stumble backward. Simms, who saw another lifeless friend, pulled out his pistol and fired rounds at Thompson and Fisher. That night, Simms, who lived his life as a gambler, became an outlaw.