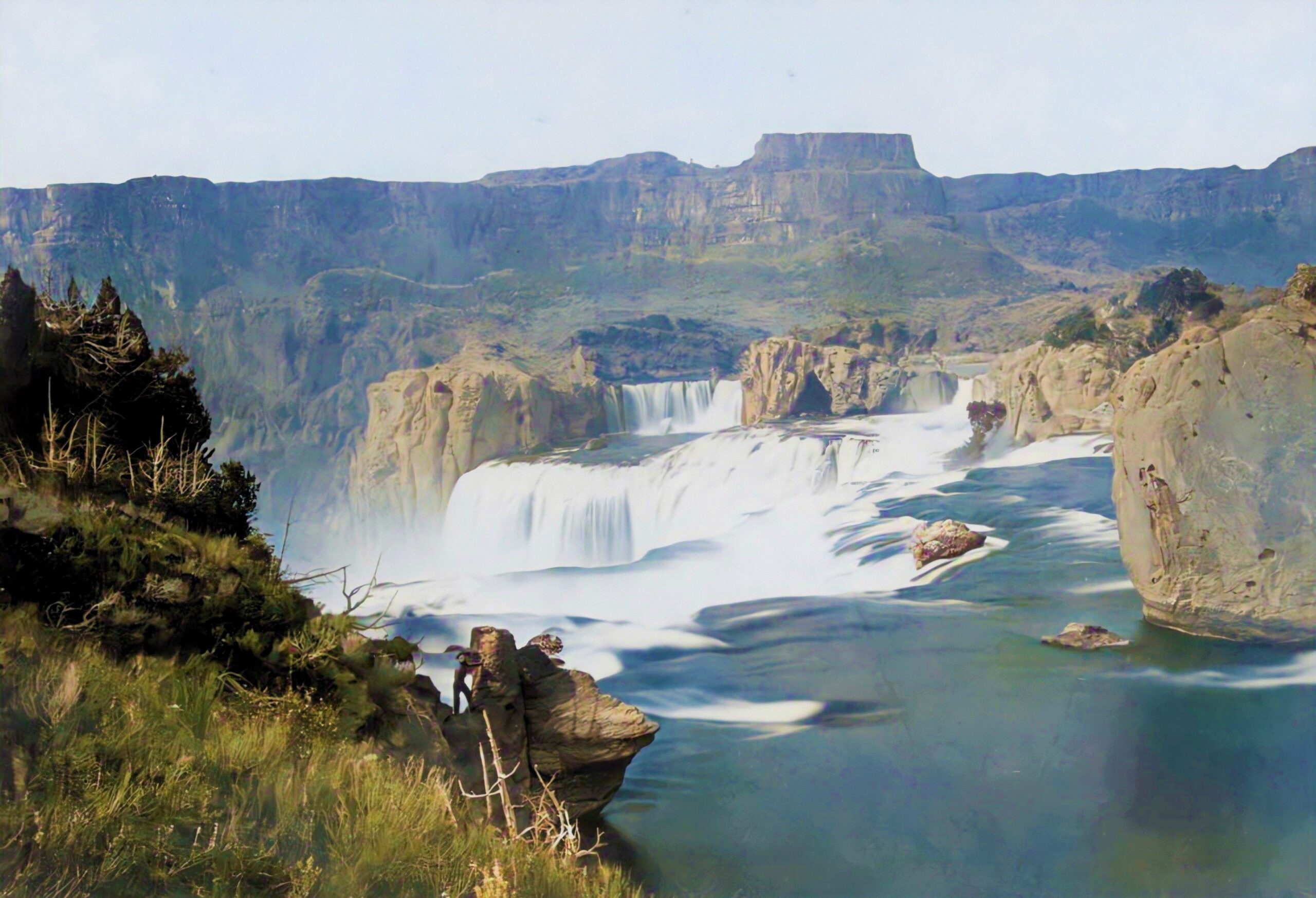 Photographer Timothy H. O’Sullivan captured some of the best-known Old West photos of the like untouched nature and breathtaking landscapes. Thanks to him, we would be able to see how beautiful life was in the Old West.

This Old West photo is of a man sitting in a wooden boat at the edge of the stunning Colorado River in the Black Canyon, Arizona. It was taken from the expedition camp, looking upstream. There was a complete feeling of serenity in this picture which gorgeously showed the captivating wonders of nature.

During the Western Frontier era, the completion of the railroads unlocked the chance to migrate and claim undeveloped lands. With the throng of immigrants relocating across the Mississippi, it was often common for them to have some sort of confrontation with the natives. But in this photo, it was the contrary. These Frontier Men were enjoying their time alone.

Cowboys became one of the most important icons in the Old West. Although, they were often portrayed as alluring heroic people in movies. Instead, their lives revolved around long hours of work and poor living conditions. Despite that, it didn’t stop them from enjoying their job; some became well-known for exhibiting their expertise. Here’s a photo of a Female cowboy doing an exhibition with her horse.

Speaking of talents, this photo of a female cowboy doing what’s considered remarkable. She’s just able to ride wild Ox without even batting an eyelid like she was just enjoying her time.

Living on the American Frontier would be challenging. There are sleepless nights, and month-long travels, and you have to bear with the harshest living conditions. But it was not far uncommon. They don’t have a choice but to continue their journeys to claim undeveloped lands. One way of dealing with their exhaustion was having a good warm bath, in the hot spring, just like in this photo.

These were some photos of the natives who got deeply affected during the Westward expansion. The settlements from the East brought alters to the Great Plains. Sadly, the huge herds of American bison were virtually wiped out, and it made the lives of natives harder because they mostly depended on hunting as a source of food.

Since we mentioned the natives, Some of their rich traditions have slowly been forgotten as modernization sets in. One of those was the facial tattooing of the Maori tribe; this captured one of the last tribe member’s unique and elegant facial tattoos.

Modern selfies have a counterpart to the old times. if you look closely, you’ll see a member of the expedition team posing with these magnificent sceneries. These might be the earliest photos that looked like “Travel Selfies” at present. It was so amazing that there were photos like these back in the old times.